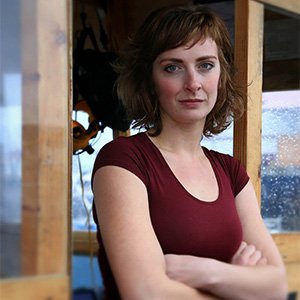 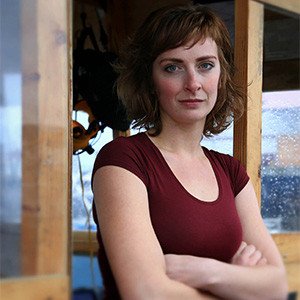 One thing that is for sure, I have always been a bit of a dreamer, a wild adventurer, and pretty much a crazy guy.  Perhaps it’s why I enjoy shows like Deadliest Catch so much, because the people invovled are hard workers but also very unique individuals.  It seems Alaska draws more than a few people like that, and recently I have been really getting into and enjoying a show called Bering Sea Gold (and the winter Bering Sea Gold: Under Ice).  It’s all about the people who dredge for gold off the coast of Nome, Alaska.  It’s pretty much a boys club except for Emily Riedel, a 20 something girl who has gone from innocent newbie to tough boat owner in a couple of seasons.    It’s amazing to see what people will do for money, how the desire for gold drives them more than a little crazy I guess.   A very interesting show, and I figure it must be hell to actually film it.

Meanwhile, back at the ranch, the last month or so has been my endless moving nightmare or celebration, depending on how you look at it.  I have certainly gotten to see all of the back 40 of my online empire, and found stuff that made me giggle, like really bad pages made back in 1998 or so.  Fuck, I have been at this too long!   Anyway, I did change over Sexxx4free to a live cam show site, go on over, click enter, and you are immediately in a live chat room, and there seems to be a lot of couples fucking on there there days.   I also updated my Wife Sex Stories site with some new stuff, and a great blog style design that makes it easier to get around.   Other than that, it’s a real grinder.

Most Americans will know Chef Gordon Ramsey from the show “Hell’s Kitchen”, a sort of reality game show for chefs.  But he has another series from England that is way more interesting and way more rude, called “Kitchen Nightmares”.

He travels to estalishments on the brink.  Places that are on the edge of death, and more often than not from totally incompetent management and uncaring staff.  Some of these places actually do die even with Ramsey’s insight, and other live.  Along the way it is a lesson in how not to run a business, and how not to hire people.

This show continues in my view of shows that motivate.  With few exceptions, there is always a potential solution or a new road to travel.  Identifying the problems and finding solutions is important, and getting the most reluctant employee to join the new plan and make it all work out.  Ramsey is at his crudest and rudest here.  In Canada, we get the show without bleeps and blanks, so “fuck me” is a very common phrase in this show.  It is really quite funny to hear him go off on people.

If nothing else, it is a good lesson in practical business, something everyone should learn.

Every so often I see a show on TV that doesn’t just entertainment, but in fact inspires me to be a little bit better. Watching the story of “Chop” (rumored to be named either Joel or Josh Towbin) who runs a Dodge dealership that sells a total ass load of cars (claims 8000 sales a year!) is entertaining, that is for sure. Chop is a real character, a total crank, but a damn good one. He plays the semi-rap star business man to the Nth degree, and does it well. But it isn’t in the character per se that I find the good, but in the message.

First off, most of his sales staff are younger people. Chop claims to have started buying and selling mopeds when he was 14, and he seems to have a knack for finding younger people and giving them a chance to sell cars. That alone puts him ahead of many dealers, that want nothing but the long term professional closers with a long list of past clients and tons of experience. Chop actually prefers to have new sellers in his team, not worrying about killing off bad habits but rather teaching them how to sell and how to make it work.

… and make it work they do.

Basically, his sales people have some power, but that power centralizes down to the “sales tower” where a staff with computers and such actually crunch the numbers. Their sales technique is basically get the customer hooked onto a car (usually giving them a decent little test drive) and then sitting them down and saking the old “how much do you want to pay?” question. They run the numbers from what is on the car, and come up with a basic number, and then they work to split the difference and effectively raise the customers limit as high as possible. The sales tower people work the numbers apply the available financing deals and rebates into the process, and they go back and forth. It is a powerful process because it removes the pressure from the salesman because he isn’t really the one crunching numbers, so it isn’t his fault. It puts the salesman on the customer’s side, which is another powerful sales tool.

Each of the sales people is part of a team. Their team leaders can step in and help them out to make the deal happen. Sometimes these guys will push to up the value of a trade or try to figure out alternate routes for financing if there are issues, but again they are doing this on the customers side… another powerful tool, getting all these people on your side. What a system!

Finally there is the sales general manager and Chop himself… with enough people in the, sales get made. Towbin Dodge often sets goals to sell cars to over 25% of the customers in the door, a huge number.

Chop’s tools are motivation, wild sales promotions (including a huge rated Chopper Show Infomercial) a crazy cast of characters and wild antics (HIT THE GAS!). He inspires his sales staff to get out there and sell like mad, he tracks their action closely and VERY publically, and isn’t shy to tell people they are in the business of selling cars. They bring it to the front and center, the whole dealership, parking area, and everything are just one huge sales area. Some people may find it a little touch pushy, but they sure don’t let people get away.

Let me add this: Chop’s father is apparently the actual owner of the dealership, Chop grew up in an affluent family and certainly ain’t no gangsta… but he walks the walk and talks the talk that means he can talk to both young and old. He is totally 100% impeccably dressed, sharp and styled, and he knows exactly how to present himself. Regardless of his upbringing, regardless of his success, this guys hasn’t forgot the basics. When it comes to business, he has a simple rule “make a move”. DO SOMETHING.

At the end of the day, I write this mostly because the guy inspires me in some ways that I find interesting. I think it is just that everything they are doing is with a specific goal in mind. He has his eye on the ball ALL of the time, and they are paying attention not only to creating a fun and wild sales environment that the people like, not only working outlandish TV shows and personalities that come with it, but looking hard at the numbers and making moves based on them. It is the ultimate for me in having fun and making money without letting one or the other get in the way. Balancing those two things together Chop has create something that is bigger than the sum of the parts… impressive.

The King of Cars show runs Tuesdays on A&E (Click here for their king of cars site) or you can check out the Towbin Dodge site. Watching the informercial (click here to see the chopper show) will tell you more about this place…

Okay, so we Canadians are behind a bit… okay, alot! Discovery channel in Canada is famous for running shit like 1 year past it’s stale date, and this is another example…

The Deadliest Catch is all about the crab fishing industry in Alaska. They go out during season on the boats, and follow 5 crews each time that are trying to catch the crap. The seasons are intense, often short, and deadly and dangerous. During the course of just the two seasons they covered, around 10 men lost their lives and probably 50% of the players were injured in some way.

Why do they do it? at near $5 per pound, the industry generates near 60 million on each season, a crewman can make enough in a couple of weeks total work to live for a year. It is an intense and scary race for the millions, all on the unforgiving, rough, and freezing Bering Sea. Truly an intense experience.

We are about half way through the series now in Canada, and it is pretty intense. Watching these guys work for 72-90 hours STRAIGHT THROUGH with only short naps and quick meals is mind numbing, especially when you consider they are working with heavy equipment, fast flying ropes, and all this on a sea that is swelling 10-20 feet at times. It is really a miracle that they can do it at all.