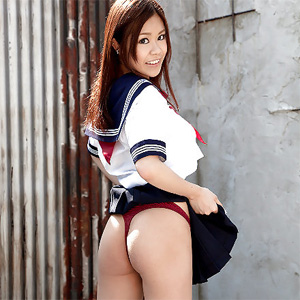 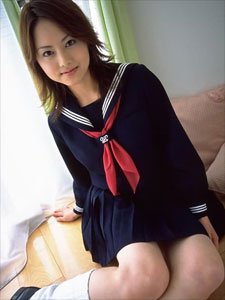 If you are a regular reader of my blog (and I sure hope you are) then you know that I love asian girls. This is something that goes way back to high school, and damn if a hot girl in a japanese schoolgirl uniform sailor suit isn’t just a nice perk in my day. This hot japanese girl is Akiho Yoshizawa, and she does the uniform proud!

In the mean time, don’t forget to check out the Hot Latina girls at All Spanish Girls blog. It’s new and small, but growing all the time!