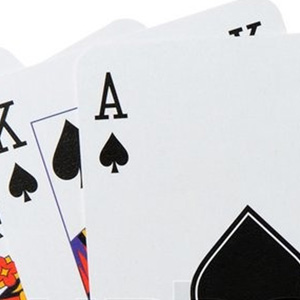 I have come to the conclusion that poker will be my life long addiction. Oh, and pussy. When I started this blog in 2006, I was already playing poker online with the lamentable Party Poker. It was, I can tell you now, the real dark ages of online play. Plenty of sneaky shit going on, cheating, collusion, and more. Online poker was riding a wave created in some ways by the fact that the World Series of Poker had made it onto ESPN as a “sport”, and guys like Scotty Nguyen had been turned into national and international heros. Poker was on a major upswing, and the ability to play this “Vegas” game on your computer at home was a real kick for many.

Online poker has continued to grow through the years, but at the same time it has faced some serious issues. One of the biggest is that players in the US really cannot play online much at this point, as it’s illegal for payment companies or banks to facilitate the transfer of money to “gaming” or gambling accounts. This dovetails with the incredible and stunning story of Full Tilt Poker, which was labeled by the US government as a Ponzi scheme that basically stole customers money for the benefit of a few top name poker pros. The changes in the US regulatory situation also basically drove poker off of US TV. That was particularly tragic for a program called Poker After Dark on NBC, which gave amazing levels of personal level exposure to the top pros of the time – and stopped very suddenly in 2012. It has resurfaced on a site called Poker Go as a streaming show, very low profile compared to being on NBC (even late at night)

From there, online poker has sort of crashed. As a Canadian, I could still play online and I could still get my money in, but much of the zing was gone. I was still playing online from time to time, playing in person on trips to Vegas or occasional trips to a more local casino, but generally, for whatever reason, it wasn’t as engaging for me.

Poker has picked up in other places. Australia, the Philippines, Canada, and Europe are all fairly active. There are a lot of European players online these days, and most of the big money tournaments are being pulled down by players from these places. What is really interesting is that the big name players have pretty much all faded into the wood work. From what I call “peak poker” only Daniel Negraneau really stands out in my mind as a top player who is still very actively playing in the public eye. That doesn’t mean the others aren’t playing and making money, but they aren’t in the public eye. The Full Tilt thing took down a lot of players as well, Chris “Jesus” Fergusson, Howard Lederer, and others will involved and not only got into the legal problems, but also lost face in the community.

I have traveled a fair bit and my life has taken me to interesting places. I had the chance, as a result, to play live poker in Macau. Macau was, quite rightly, known as perhaps the best place in the world for insanely high stakes cash game poker. I clearly don’t have the money for that, but it’s place where seeing millions out on a table isn’t all the unusual. Tom Hall told a bunch of stories, including this one “One of the funniest I remember was when one player was all in, and the other tanks for ages, then gets up and goes to the toilet and is gone a good five minutes and then comes back to call with the stone cold nuts. This was all taken in good humor.”. Macau was insane, magical, and actually deathly boring compared to Vegas. However, the Chinese government took a disliking to poker, and as a result, most of the poker rooms and poker action in Macau (including the Pokerstars branded one) are gone – and so is the money. Rumor has it that it’s gone to Jeju, South Korea. More news if I ever get there.

So I was back playing online for maybe a year or so. Then the bottom fell out.

Normally, this is where you would post up a big bad beat story, a massive cash over bet, or something like that. Nothing is further from the truth. The reality is much more mundane and silly. Many countries have moved to regulate online gaming through local laws, often requiring companies to operate locally and fit within existing gambling regulations (even if poker really isn’t gambling, a long story I won’t touch right now). It has made it very hard to get things done. In many other countries, anti-money laundering and Know Your Customer laws have made it impossible to use common online payment methods to pay for poker (even if those banks and financial institutions are not operating the gaming sites). As a result, like many people, my options to deposit were limited. I thankfully didn’t have to deposit often (I generally win enough to stay even or a little better), but when I did it was real work and quite expensive (losing 10% of the money on the way… sigh). Anyway, most of the companies doing this have stopped processing, one of the best was Entropay and their virtual credit cards, but they have pretty much tossed out everyone except their local market, so they can no longer be used. Other methods are pretty shady (like sending money to a hard to trace Russian company!), and not particularly useful. That was mooted out when Pokerstars (the last company offering online poker in my area) pulled the plug. You can see the sort of notice that came out here. Safe to say that there is no longer any real online choices, and in person choices are few and far between.

The online world is maturing in some ways, but regressing hardcore in others. Local regulation of online resources is perhaps the biggest failing in the last few years. The EU in particular has their meddlesome thumbs in everything, unable to allow nature to take it’s course they are intent on managing every detail of your online experience and making sure you are “protected”, wrapping you up in a virtual bubble wrap that makes it impossible to do anything. You are safe, but it takes away the point.