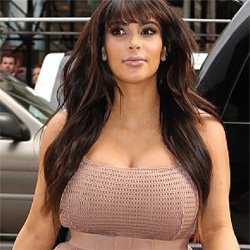 While ever girl that gets pregnant ends up getting bigger boobs as they swell up ready for breast feeding, not every girl is Kim Kardashian. This article from the Huffington post sort of sums up the issue, Kim Kardashian is not only pregnant, but she is also still wearing the usual form fitting outfits, while her tits are gaining massively. Kim’s boobs are now almost as huge as her ass, except that her ass is also growing in size right now too, so it’s a bit of a competition. It’s funny to watch her try to stuff all of her new stuff into small little dresses and outfits. If you are into pregnant girls, this is an entirely sexy outcome! Then again, if you are into large breasts, it’s equally interesting, Kim Kardashian has got to be at least an E cup by now, amazing stuff to see!

Aside from Kim, my week so far has been dominated by dealing with local government on a business I am looking to start. Seems that they have some pretty contradictory regulations in place, and both a regulatory board and an industry association that are manditory and both requiring significant investment to keep happy. No such thing as small business, right? Well, it will be a fight to the finish, it’s fun to watch them squirm as I point out the obvious contraditions in their regulations and standards.