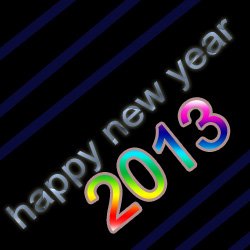 Well, welcome to 2013, and all that it means to you. First off, making it to 2013 means that the Mayans sucked at making calendars, or that the entire end of the world thing was pretty much based on them running out of rock to carve on. Either way, we made it, the world didn’t end, and that’s a pretty good thing. That and the long running recession or economic slowdown thing is slowly easing, and that’s good for almost everyone.