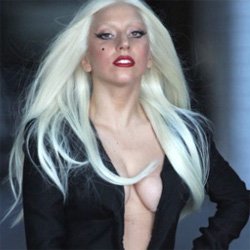 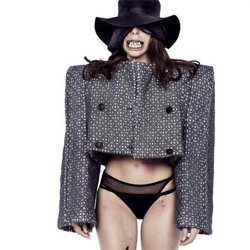 I usually have sexy or hot images on my posts here, there is pretty much always some celeb desperate for attention that is willing to show it all off to get us to look. Lady Gaga however has always been more about being weird, but that has it’s problems too. Over time, weird becomes normal, boring, or repetitive and so she constantly has to push the barriers. After a while off for hip surgery (and some say some plastic surgery too) she is back and desperate to get our attention. The results are pretty stunning, and appear to show an artist on the decline trying to grab back the magic that she no longer controls. This outfit from her Dope single cover, her recent appearance on the You Tube music awards looking particularly ugly, and a few other shockingly ugly shots show someone trying to hard to be relevant and interesting. The fade away has already started, I guess.

Other than that, this week is all about a fall cleanup and getting things ready for some new projects in the pipeline. You may want to check out For the XX for some interesting new blog posts, it’s a collection of posts from some other new blogs I am working on, with a different style and feel. Don’t forget also to sign up for the free webcams on Live Cams Live Girls, totally awesome and worth it. Finally, stay tuned as I have a few new things just around then bend (you gotta say it with the Shwag voice to make it work out)