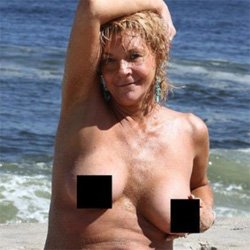 I can’t make this shit up! Tanning Mom, famous for shoe leather skin, recently shot topless pics on a beach and tried to use them as an audition to get Vivid to let her make a sex tape, saying “”I am far MORE popular and WAY HOTTER than Farrah!” and “Men want a cougar and a real woman, not a teenybopper!”. Fuck me! Vivid’s answer was pretty simple, stating that she pretty much has a face for radio. Zing!

Meanwhile, I was in Macau yesterday (long story) and got to play in one of the first tournaments at the new Pokerstars Live at the City Of Dreams. While I am sure they aren’t checking out adult blogs, I have to say congrats to them for a nicely run event (record single day tournament record for them), and the facility is pretty darn nice. I didn’t make the money, but I did place in the top third, not bad considering it’s my first real tournament in years. If you get the chance to visit Macau, it’s worth the effort… especially if you are a single guy and love sexy Asian girls!