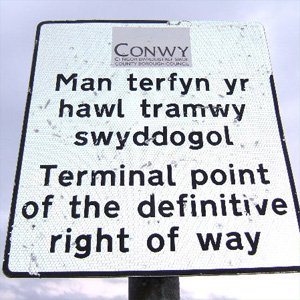 The end of the line for some is the starting off point for others. One of our Western world traditions is the idea of the new year’s resolution, where for the magic passing of the arbitrary calendar date from December 31 to January 1, we resolve to fix all that was wrong and we wouldn’t or couldn’t fix before. For many, that means losing weight or stopping smoking. For me it’s a bit more of a practical thing, there are certain files and systems I use that require year end maintenance to get ready for the new year, so that is more where I end up this time of year. In fact, I have done it pretty much every year since I watch Y2K come and go as a magical nothing, so perhaps it’s a family tradition or something!

Seriously though, there are some good things to that arbitrary change of year. One can put all that was bad into a box and put it away, done and dusted, faced up to and handled. 2014 was bad for me on a personal level of losing loved ones and such, but that is something I have had to deal with without the benefit of a changing calendar date. I will as a result be somewhat happy to see 2014 go away, at least to help put those things behind.

But 2014 has also been good in other ways. In the constantly shifting sands of the online world, I managed to find and secure a decent perch from which to work. I shifted hosting companies a couple of times and learn more about maintaining a server than I ever knew before, it’s nice to be in control. Moreover, the world of online adult marketing seems to have stabilized a bit, and some of the more recent changes with Google and the way they look at websites make me feel pretty good about things I am working on.

The other downside that I am fixing is that I took a fair bit of time away from updating sites and such. In all the moving from server to server, I also discovered certain things about some of the software I was using to run sites, things which made the servers likely to get attacked by hackers. I eliminated a couple of software products because they were not being maintained and had issues, and another one has been put into a sort of software prison so that even if it does get hacked, there won’t be much damage to be done. It’s one of those things online, software companies come and go, and their product, well… they live on like the undead!

Anyway, my goal for 2015 is just to be better than 2014, no grand new years resolution. I am happy for everyone who reads this site and visits my sites, proud that you enjoy my somewhat feeble attempts at being entertaining, and I hope that I can make 2015 more enjoyable for you! Happy new calendar day!